She did it! Olivia handed over her notice to « follow the bliss »

My interview with Olivia was fascinating. This long conversation was not only inspiring, but also motivating, as it opened my eyes to what matters most to me today. Olivia has showed tremendous courage, in leaving her day job to take the time to explore and focus on what is truly important. Read on to learn more!

Olivia, you left your job a few months ago. Tell us about the process that took you to this point

The process of leaving my job took about seven years. I have been working in communications ever since I’ve left university and I really enjoyed it.

Seven years ago I split up with my then fiancé. I think this was the start of me taking my life down a particular path. I started to think about what I wanted and decided to pick a theme for the year, instead of a new year resolution. 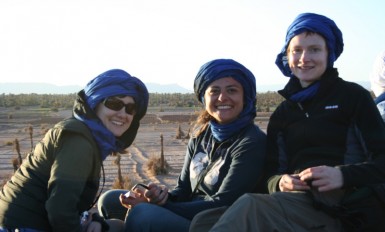 I went to the Sahara desert on my own, and did a camel safari with a group of people. On top of sand dune, I decided : « This year will be the year of saying yes ». Yes to opportunities, yes to new things. During that year, I ended up travelling more. I went to Thailand and Cambodia. I learnt to scuba dive, even though I was really scared.

The following year was the year of change. I took on a new job in a different company. Six months later, I got made redundant. It was in 2008, in the middle of the financial crisis. I decided to take some time out. Some friends were planning to go on a trip to Bali for two weeks, so I went with them, but stayed two extra weeks. During those two weeks, I went to the Gili Islands and I started writing again properly.

Back in London, one day, during my yoga class, I started crying for no reason. My teacher asked me what I wanted to do right now. I told him: « I want to go skiing ». I don’t know why I said that, I had been skiing only twice before! 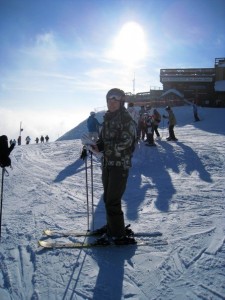 A friend was setting up a chalet in Meribel and was looking for a chalet chef. I liked cooking, so I trained as a chalet chef, and went for it. I think the thing I liked about skiing was the feeling of freedom and being in the moment. I was due to stay there from January to April, but mid-march I broke my ankle, so I had to come back.

During this time, I couldn’t get around much, so I had the time to write again and to reflect on my experiences in Bali and while skiing.

I had no particular game plan. I wrote a manifesto that what published on www.choices.com in January 2010. It’s called the Creativist Manifesto. The whole idea is that in our society and the media, we’re often defined as consumers. This is damaging to how we are as individuals. It gets us to be passive about our job, our life. For me people should be thinking of themselves as creativists: creating, connecting, and acting.

I identified nine key differences between being a consumer and being a creativist. For example a consumer is defined by what they have, a creativist is defined by how they’re being. A consumer tries to create a life where everything is certain, but a more natural way of being would be to deal with uncertainty.

When the manifesto was published, people picked it up and started to get in touch with me, including someone called Arnold Beeks, from the Netherlands. We set up a website, sharing ideas like the ones covered in the manifesto. It was a place to get inspiration, and for people to publish their own thoughts.

In October 2010, my dad died out of the blue. It was very hard for me and, maybe partly as a result of this and needing some stability in my life, I took up another job at the same place I had been made redundant before. Also, in the last two years I had been working to establish myself in the field of sustainable brands, and this job was a great opportunity from that perspective. However, it did mean I didn’t have so much time any more for pursuing my writing.

Last year though, work wasn’t great and I was not getting over my dad’s death. I started to think that I should seriously make a change. 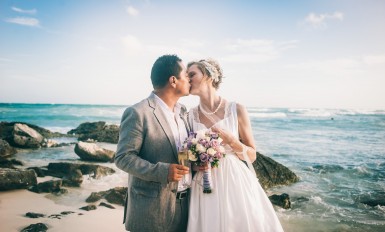 In October 2012, I went to Mexico. My now husband proposed at the beginning of the trip! We went to meet my friend Veena, whom I met in the Sahara desert and who was living there. Veena aksed me about my job, as she knew I hadn’t been completely happy.

Whilst I enjoyed many aspects of my job, there was something missing. It made it harder to make a decision, as it was an interesting, creative job that many people would love to have. I had this little voice in my head, but I assumed every body had it anyway, so I should ignore it. But not everybody has this little voice. Some people are in the right job, or changing jobs is not a priority for them.

When I was away, I got to see how people live differently, how they moved to Mexico to start a new life or got engaged in some work they really like. I got to spend time with like-minded people who were doing interesting things.

On the 2nd of January, straight after the holidays, I handed in my notice.

I had no clear idea of what I was going to do. I had spent the time between October and February organising my wedding, and we got married in Mexico in February, so I didn’t have much time to think about it. I came back at the beginning of March, and left the job at the beginning of April. I was lucky because one or two months after I started freelancing for the same company.

At the beginning, I was quite impatient. I felt like I needed to have a plan. This has shifted over the past few weeks. At first I was worried about the money, but my mindset started to change and I started to worry less about the financial side of things. I accepted that this was a period of change and working less meant I had the time to work on other projects. It’s important to remind yourself about why you are doing it.

So what is your next step now?

I’m exploring different things. Last year I went to the « Fuck it » retreat. We practiced Qigong and it is very useful in terms of working with energy. You get to be closer to your intuitions and are more open to your little voice.This then led on to learning Reiki, a Japanese healing treatment. I enjoy learning new things, and meeting new people.

What I want to do is beginning to get clearer, but I think it’s important to enjoy where you are at the moment. A lot of the time I have wanted to be somewhere else. It is true that the only moment we have is the present. It may sound cheesy, and people say it all the time, but it was a difficult lesson for me to learn. You don’t need to have everything sorted out. Even the people who seem to have everything sorted out don’t.

Hopefully I will always be on a journey, and there won’t be a complete end point. 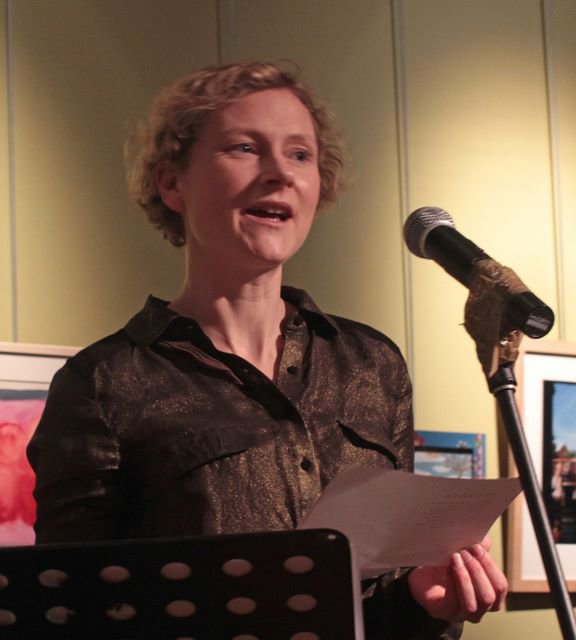 When I left my job, the thought of « follow the bliss » came to my mind. It was following that sense of going with what your heart tells you to do. Then I looked up the quote, and realised it was from Joseph Campbell. I don’t know if I had read it before or if it’s just a coincidence. I read The Hero with the thousands faces from him, and it was quite influential to me in 2009. My theme for this year is the year of the heart, acting from the heart and following my intuition.

What about your writing?

I don’t know exactly which direction it’s going. I want to explore poetry a little bit more. I have various ideas for books and I suppose I should pick one and start focusing on it, but at the same time, I don’t want to worry to much.

A few weeks ago, I went to Devon, to participate in Embercombe. It’s a programme with three main questions behind it: What do I love? What are my gifts? What are my responsibilities? Thinking about these three questions is a good way to decide what we want to do.

I have a voice and something to say. If I don’t use it, I do not live up to my responsibilities to myself and to others. If I am not confident about using my gift, I am being selfish, as it could help other people. It’s not only about yourself, it’s about the others too.

I am confident that if I keep writing, things will begin to emerge, and one thing will lead to another, and then lead to something else. I am just enjoying that at the moment. Hopefully, it will make sense one day! Steve jobs said that you can only connect the dots backwards. It’s better to follow the bliss and to go with what your heart is telling you to do in light of your responsibility.

What advice would you give to someone who wants to make the leap?

Just do it. If you can think it, you can do it. Not everybody thinks like you. If you have the impulse to do something, it must have come from somewhere. Listening to your voice is important, not only because you had a crappy day, but because there is something deeper. If you have a feeling that this is what your heart is telling you to do, you need to do it. You may need to take small steps towards it, having some side projects.

You also need to have some idea about finances. Either you’ve saved up, or you know there is a way you could live on a smaller income, moving to a smaller house or living with friends. You don’t have to live the exact same way.

To finish, have trust in your ability.

What about you? Are you going to follow the bliss? Tell us all about it in the comments.